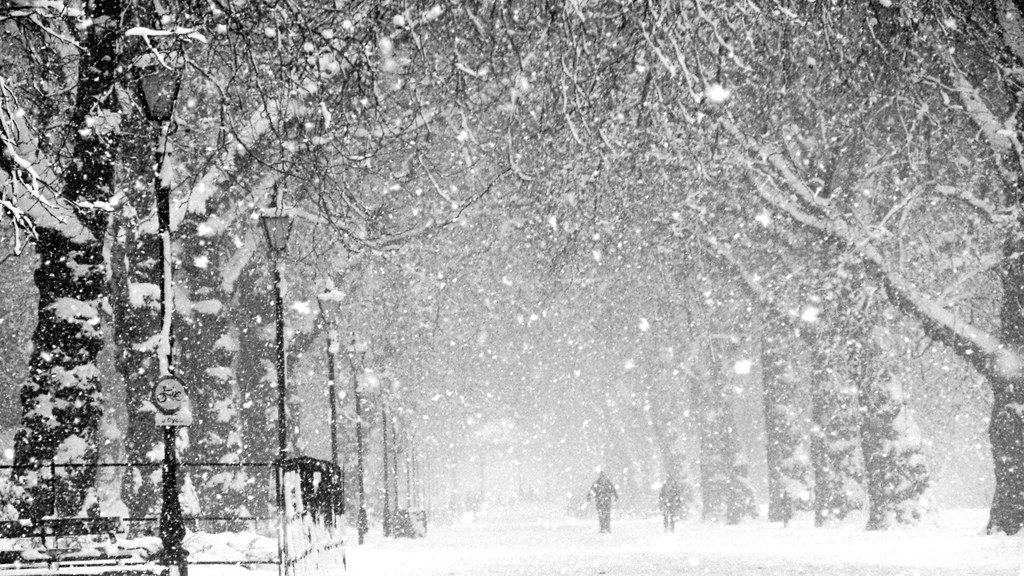 Ghosts of Christmas Past

To understate the obvious, it was a challenging fourth quarter for financial markets. Investor sentiment shifted daily from bullish to bearish. Equity markets sliced through most technical supports like a hot knife through butter. The S&P 500, Dow Jones Industrial Average, Nasdaq 100 and Russell 2000 fell intraday into bear market territory, loosely defined as a correction of 20% or more from the most recent highs (see figure 1), ending the year with the worst December performance since 1931. 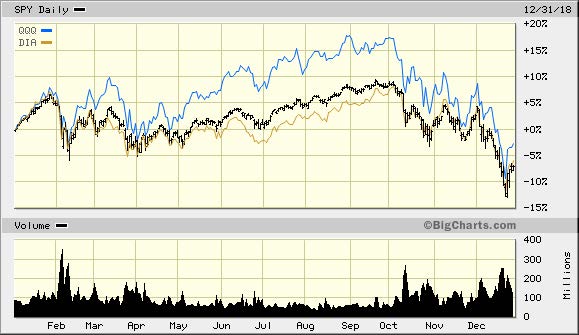 And then, just as the bears were controlling the narrative, a Santa Clause rally ensued, likely the result of large pension funds re-balancing their asset mix. Typically, pension funds articulate an asset mix based on actuarial assumptions tied to their constituency. As stocks sold off in the fourth quarter the allocation between equities and fixed income deviated from mandate. In that scenario, pension fund managers re-balance back to mandate by selling bonds and buying stocks.

With frequent intraday swings of 500+ Dow points both up and down, you can be excused for thinking that investors were suffering from panic-driven excesses. There was no evidence of an impending recession, no indication of major central bank missteps, inflation remained in check and the job numbers were strong and accompanied by healthy wage gains.

Figure 2 illustrates eleven years of this metric dating back to before the financial crisis. The S&P 500 index bounced off the 40-week moving average on Christmas Eve, which set in motion the post-Christmas rally. That’s the positive spin. On the other hand, the last time the S&P 500 bounced off this line was in the first quarter of 2008. A short rally ensued but within six months, the index broke down and collapsed, ultimately bottoming in March 2009.

There are similarities to the price action we witnessed during the first week of 2019 which might lay the groundwork for a rally that could last until May. We would also point out that, unlike 2008, the U.S. economy remains strong and banks are well positioned to manage liquidity issues. That said, we expect volatility to continue with intraday moves in the 2% range occurring more frequently.