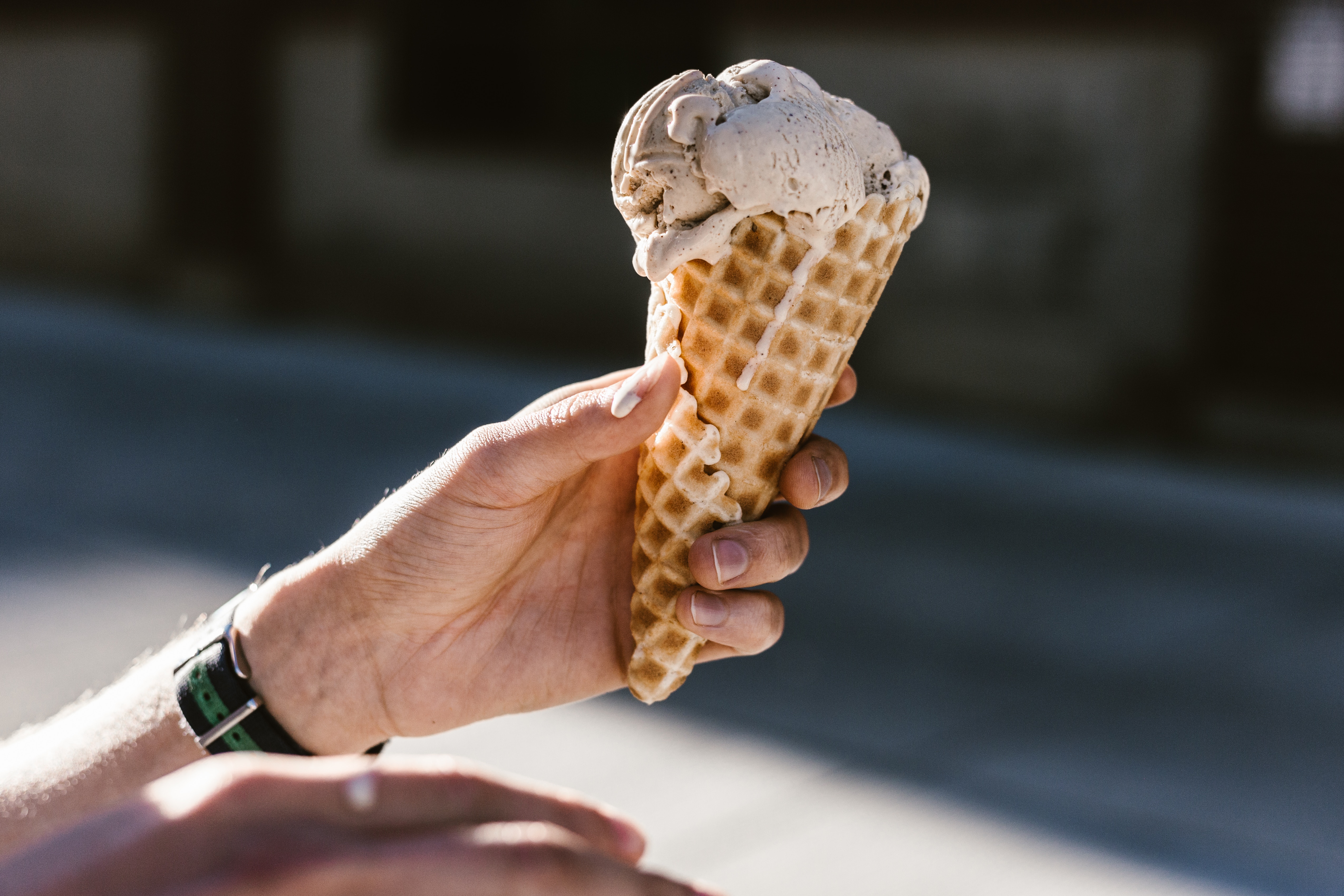 A melt up defined by Investopedia “as a dramatic and unexpected improvement in the investment performance of an asset class, driven partly by a stampede of investors who don’t want to miss out on its rise, rather than by fundamental improvements in the economy.”

Could we be witnessing an equity market melt up? Maybe so considering, in order of importance:

With that in mind, let’s review each factor within the context of global equity markets. What we know is that US stocks trading at 20.5 times forward earnings, are not cheap. However, they are not expensive when compared to the yield on ten-year government bonds.

The Four Melt Up Metrics 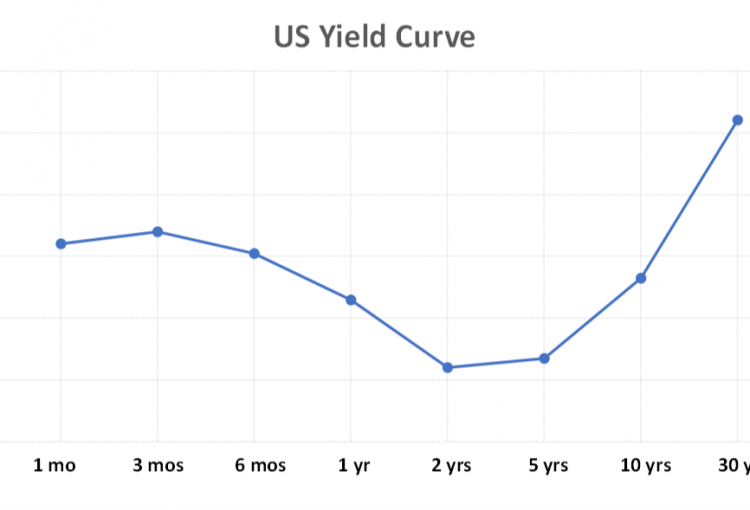 There are three common shapes to the yield curve:

There are four key elements that would underpin a market melt up. A melt up that could take the S&P 500 index well past the 3,000 level. The most important being the attitude of the FOMC (the key FED members who set interest rate policy) who are clearly focused on the yield curve.

The fear is that the US government yield curve could invert which is seen by some – FED members included – as a precursor to a recession. With the caveat, that the predictive value of an inverted yield curve is subject to much scrutiny. Inverted yield curves have predicted ten or the last six recessions. 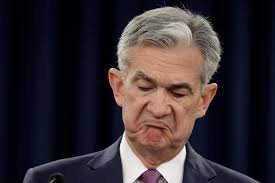 That said, what’s most important is how the FED interprets the curve. Clearly financial markets want the FED to cut rates as a way to mitigate recessionary fears. And from what I can tell, the FED seems to be listening.

Hard to fathom… really! Current economic conditions in the US do not warrant a rate cut. Low unemployment, 2% plus growth, a solid housing market and record high stock prices. What more could one want?

Economists provide some underpinning for a rate cut by pointing to a marked slow down in economic activity in China and the EU. Unfortunately, the EU has little room to maneuver on the rate front given the mountain of debt that is yielding negative returns. Note the ten-year German bonds trading at a negative 32 basis points. The EU’s option and to some extent, China’s option, is another round of quantitative easing. But again much depends on the action taken by the FED.

The FED minutes ushered in a change in tone at the June meeting effectively setting the stage for a series of interest rate cuts. Make no mistake, if they cut rates in July – a better than 70% probability – we would likely see another cut before year end. That would tell the financial markets that the FED has their back which will drive the “risk-on” strategy.

The second key metric is the trade war between the US and China. President Trump has arranged a one on one sit down with President Xi Jiping at the G-20 summit in Japan. I suspect that both sides will come to some sort of accommodation. While we will not likely see a deal we will see a path forward. In this negotiation it is all about saving face. The Chinese do not want to acquiesce to Trump’s bully pulpit and Trump needs a win coming into next year’s Presidential election cycle. 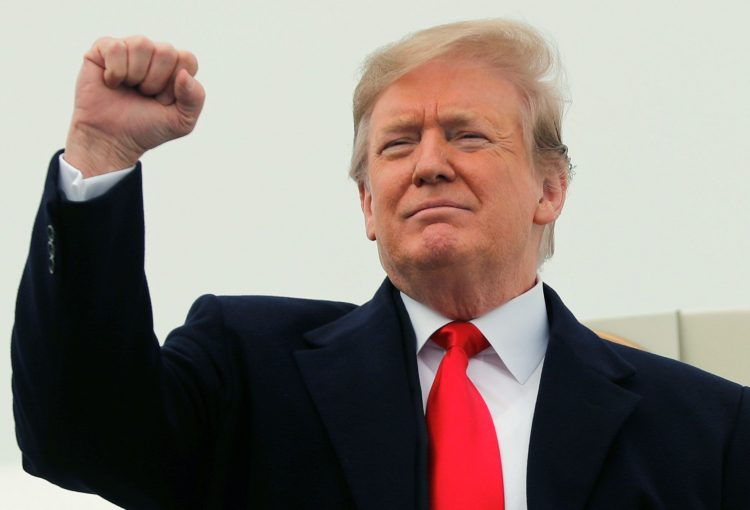 President Trump could offer to put off any increase in new tariffs. China would likely agree to buy more US goods and services and would agree to begin a legislative process that would allow companies to sell to the Chinese market without forfeiting their technology secrets. That process would probably not be completed until after the US election next November.

President Trump could claim a victory with new sales abroad. China could save face by showing that their hard-line stance got the US to change their mind about additional tariffs. In this negotiation, both sides need to get a deal and save face at the same time. This process solves both of those issues.

The third metric is the ratification of the USMCA (NAFTA V 2.0). Mexico is well along in the ratification process and the US Trade Representative Robert Lighthizer was recently in front of Congress walking the Congressional leaders through the fine print of the agreement. We assign a 70-30 probability USMCA get ratified by a Democratic Congress. On the one hand they don’t want to give Trump a victory, on the other it is good for the US economy and politically could backfire if the Dems choose not to ratify.

The final metric is global growth. If a trade deal with China gets back on track, that could lubricate supply chains which would increase efficiencies. On its own, that would not be enough to kick start global growth, but it could position economies to stabilize. You have to stop the bleeding before you can begin a recovery.

After the Melt Up 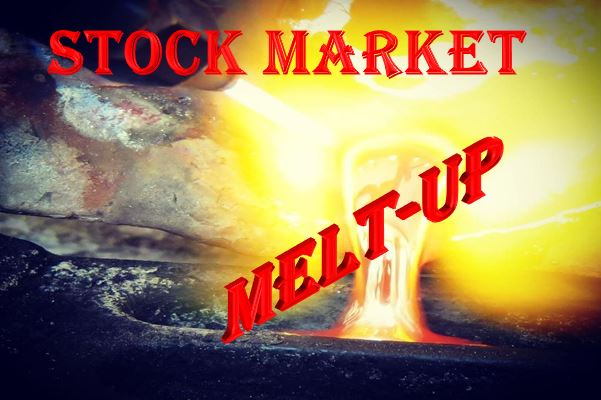 Much has to happen for stocks to melt up. It would be a quick rally as algorithmic trading would kick start equity markets. If our assumptions are correct, retail traders would come into the market as they often do at the end of a cycle. That would push prices higher which is where we have to get concerned.

The fallout from that type of melt up would be rapid and severe.

When markets are setting all time highs one wants to jump into the game. Especially when there are so many positive lights shining down on the markets. With presumably more to come assuming a trade deal with China is achieved.

As professional managers, we understand the after market severity associated with sugar highs and recognize that risk management comes down to assigning a probability as to whether at a moment in time we are staring into the abyss or launching into the stratosphere.