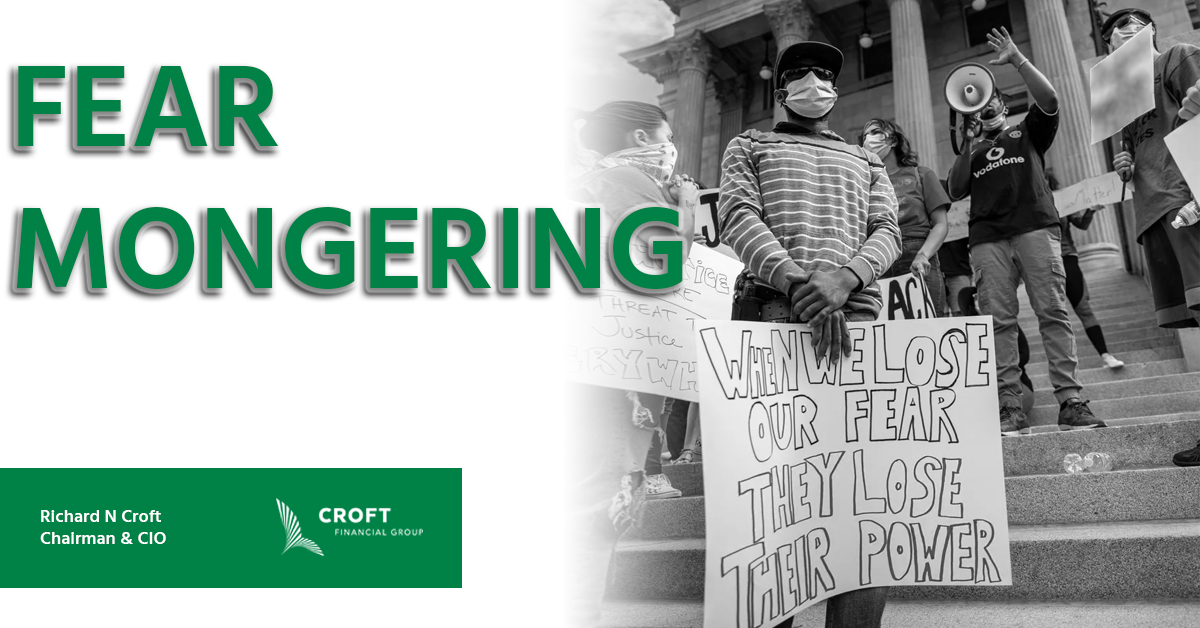 According to most polls, former Vice-President Joe Biden has a commanding – almost insurmountable – lead as we enter the last four weeks of the US Presidential election. Some have gone as far as to suggest we will see a blue wave where the Democrats not only take the Presidency but also Congress and the Senate.

We have an incumbent President who says that he may contest the results on the basis that mail in balloting is rife with fraud. The Governors of Texas and Ohio have engaged in what some call voter suppression by limiting one mail-in voting drop-off box per county. Some of the counties in Texas are larger than Rhode Island which means a voter may have to drive 300 miles just to drop off their ballot. The courts in Ohio have recently overturned that State’s order.

The mainstream press and, by extension, most Americans are not expecting the results of November 3rd to be definitive and assume we will not know who actually won until sometime in December. This situation would likely cause the US Supreme Court to be the ultimate arbitrator of the final victor. The fear is the potential of a constitutional crisis the likes of which the US has never seen.

As we see it, there are three possible outcomes:

That said, the recent upward swing in stock prices seems to indicate the market believes Biden will win in a landslide. The market has also assigned a 50% possibility to the scenario that there will be a blue wave sweep where Democrats take control of the Executive branch and the Senate while holding Congress. That would likely lead to higher corporate taxes but would also mean significant stimulus in the form of infrastructure investment.

We suspect investors are ambivalent about who wins. The real question is the uncertainty caused by a contested result. As mentioned, we think the markets are pricing in a lopsided Biden victory. Anything short of that would likely raise the specter of voter fraud and set in motion a temporary market sell-off. However, if Biden is leading on November 3rd, it is doubtful (see point 2) that mail in ballots will change the outcome.

Given our concerns we consider it prudent to engage in hedging strategies that will be put in place prior to the election. These would include buying puts on some of the broader US indices or purchasing units of the VXX ETF (This ETF tracks short term volatility) which should spike if the worst-case scenarios unfold.

Global COVID cases are spiking as part of the expected second wave. Adding to the concern is the arrival of flu season that could complicate diagnosis. Does someone have the flu or are they infected with COVID? The broader concern is that COVID spikes will force more shutdowns that would decimate small businesses.

Our view is that it is unlikely the US will shut down the entire economy, although some States may ratchet back their reopening plans across specific zip codes. That will also cause immeasurable harm, especially if the US Congress and Executive branch fail to reach an agreement on another stimulus package.

Trump has changed his mind more than once on the stimulus package. His latest stance is to seek a bigger package, larger than what has been touted by both the Republicans and Democrats. Of course, that could change again given his predilection for flip flopping. Assuming a stimulus agreement comes together, scaled back operations should not result in a major long-term depression. More likely we will see more of the same: a slow steady climb out of the abyss.

On a positive note, we expect a viable vaccine by the end of the year. This would be a game changer if for no other reason, it gives hope that a timeline for eradication of the virus is at hand. We are also seeing improvements in treatment protocols that seem to be increasing survival rates, measured as deaths per 100,000 infections.

Still, fear of successive COVID waves is a longer term problem that financial markets must deal with. Some epidemiologists believe we could be in for a third wave as winter sets in and people hunker down indoors. On that point, investors are weighing the possibilities of vaccine eradication versus a third wave, and this uncertainty is being reflected in the intraday volatility across sectors as investors switch between companies that benefit from stay-at-home consumers versus those that require visiting stores to shop. Think of it as the value / growth paradigm.

Our approach is to employ a barbell strategy where we own both value and growth companies over and under weighting one versus the other as market forces dictate. This is a strategy that will form the basis of our investment approach over the next twelve to eighteen months.

Financial markets abhor risk! That’s the general sentiment among market watchers and, on the surface, seems obvious. But it may not be that simple. Recent studies have suggested that investors do not necessarily fear uncertainty, but rather fear the risk of loss associated with uncertainty.

A recent study by researchers at the Yale School of Management and Northwestern University supports that thesis. In an attempt to quantify the relationship between uncertainty and investor angst, the study found that market participants were more concerned about actual volatility in prices than periods of high uncertainty.

It may seem counter-intuitive but, according to Yale SOM Professor of finance Stefano Giglio who led the study, heightened volatility often leads to above average opportunity. The goal is to penetrate the headline noise that surrounds such uncertainty in order to identify and reap the benefits of any outsized opportunities.

To address the relationship between investor angst and uncertainty, Giglio and his colleagues examined option prices on financial assets such as the S&P 500 index and US Treasury bonds, as well as commodities, including oil and metals. This approach provided insight into both financial markets and the broader real economy.

Similarly, in the financial world, you could buy index put options to protect against a downward spiral in prices. Or you could purchase volatility call options (these will profit as fear levels rise) acting as a hedge against a change in the level of uncertainty. To model strategies related to the latter position requires a professional assessment of the scale of risk.

What the study found is that investors are willing to insure “against periods of low volatility (i.e. selling the underlying shares and buying call[1] options after a strong upward move), which is completely at odds with theories about how investors should handle uncertainty,” according to Giglio. “This is the first time research has shown that investors are clearly not willing to pay to insure against high uncertainty in the markets.”

This first-of-its-kind study may be correct in its assessment about the counterintuitive way in which investors deal with uncertainty. However, as mentioned previously, investors’ risk aversion is tied to downside price action. Risk of loss trumps the more cryptic risk assessment quotient.

The data also implies that policymakers need not always focus their efforts on stability in all areas. Since investors aren’t scared by uncertainty, it may be preferable to prioritize actions that prevent an economic downturn at the expense of stability.

In the era of COVID both scenarios are playing out., The focus in the US and some second tier economies is on the prevention of an economic downturn at the expense of stability.  In contrast, much of the rest of the industrialized world has opted for stability – shutdowns accompanied by targeted cash infusions – intended to soften the impact from a downturn.

All these factors: uncertainty around election fears, COVID induced challenges, stimulus angst, longer-term inflation (or disinflation) brought about by central bank expansionist policies, and concerns of exacerbated equity valuations; while unpleasant, also create opportunity. The trick is to weigh the possibilities within the context of investment management strategies geared to the individual investor’s ability to tolerate risk.

That is why portfolio management is such a critical factor when seeking to preserve and enhance investors’ wealth. The objective of portfolio management is to reduce price volatility through levels of diversification: i.e. asset mix, geographic allocation, sector rotation and investment style (value versus growth); helping investors stay the course during heightened periods of price volatility bolstered by uncertainty. Staying the course to reap the benefits of outsized opportunity.

[1] Buying call options allows investors to participate should the underlying stock continue to rise but limits the downside to the cost of the call.