RESEARCH UPDATE – Alchemy for the Optimist 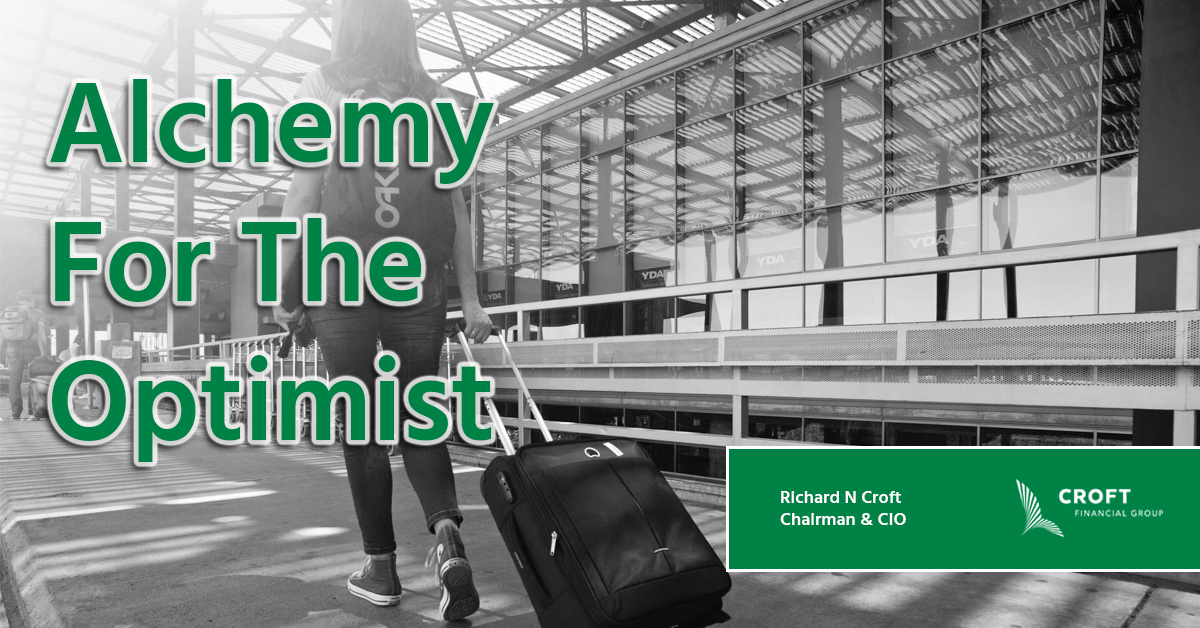 RESEARCH UPDATE – Alchemy for the Optimist

OUT WITH THE OLD

I intend to stay awake this New Year’s Eve. Not so much to welcome in 2021 but to make sure 2020 fades into oblivion. I would like to say that 2021 will be a better year but that would be redundant. It is hard to imagine it being any worse!

What I can say is 2021 may be better than many base case scenarios are suggesting. Bay and Wall Street watchers are cautiously optimistic, once we get through North America’s dark winter. It is clear, as COVID waves intensify, that a return to normalcy will rest on the efficacy of the vaccine. Which, by the way, some 40% of Americans say they will not take!

Another risk relates to logistics: how soon will the vaccine get approved, delivered, and injected into the arms of willing participants? Both Canada and the U.S. intend to rely on the logistical support of their respective Armed Forces. Canada is also at a disadvantage in that we do not manufacture the vaccine. That means getting into a queue behind other countries that have manufacturing facilities. The expectations for the economy to return to some semblance of normalcy will hinge in large part on the time it takes for the vaccination process to inoculate enough people to attain herd immunity.

I may be the consummate optimist, but I think we may have herd immunity by early second quarter 2021. I also think the November rally and rotation into value stocks is a pre-emptive move to ‘front run’ a back-to-normal scenario. This will likely continue in January 2021, just in time for President Elect Joe Biden to take credit for a recovering economy!

Assuming this optimistic forecast becomes reality, what should investors expect in terms of 2021 market performance? There is not much to draw from in terms of historical precedence. The closest observation would be the 1918 Spanish flu epidemic, which peaked about one year after the conclusion of World War I and stretched across four waves before dissipating in 1920. 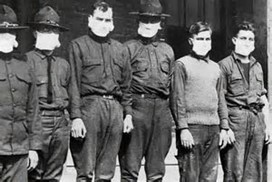 During the winter of 1919, global economies were floundering, unemployment was rampant as workers opted to stay at home rather than risk getting sick. The Spanish flu killed more Americans than World War I and II, the Korean war, Vietnam, and the skirmishes in Iraq and Afghanistan combined. There was no safety net for small business or for workers, no central bank quantitative easing, and no vaccine. The only path to normalcy was to let the virus run its course and eventually transmission weaken to the point that it was no longer a threat.

As World War I ended, the Spanish flu was going through its second wave. Returning Veterans brought the virus with them, which caused the third wave to roll in like a tsunami. At the same time factories were re-tooling assembly lines, shifting production away from guns and tanks into consumer goods like autos and household appliances. But workers were hard to find given the danger of transmission of the virus.

By 1920, the influenza virus was still a threat, but fewer people were dying. Workers began to feel comfortable returning to work, which allowed business to expand, creating an abundance of good manufacturing jobs. At the same time, Governments rolled out massive stimulus programs to help with re-construction efforts and rebuild North America’s infrastructure. Trade Unions promoted a solidarity movement, wages increased, and the economy gained momentum giving rise to the roaring ‘20s.

Aside from not having to rebuild after a prolonged global conflict, the similarities are striking. The U.S. government will again almost certainly approve massive stimulus to rebuild the country’s infrastructure. Business will quickly expand to meet pent up consumer demand.

From what we can see, consumers are now in better shape with less debt and more equity. Consumer sentiment is positive, thanks to the wealth effect bolstered by rising house prices and historically high stock values.

A cocktail that includes disposable income, positive sentiment and pent up demand should have an outsized impact on global growth. Especially so in North America where consumer spending accounts for 70% of GDP. And that consumption will flow to many of the biggest companies that influence the broader market indexes. The numbers could be staggering.

It is not a question of if consumer spending will bolster 2021 earnings for the S&P 500 companies. The question is: by how much?

The service sector, particularly restaurants, should rebound quickly. Within the travel and leisure sector, airlines face the greatest challenge as business travel will be muted. Travel will experience a slow recovery, not likely returning to pre-COVID levels for three years. Having experienced months of remote working and Zoom meetings, it is hard to imagine that businesses will rediscover the need for expensive travel and face-to-face meetings.

The same reasoning would apply to office space. After many months where productive work from home  without the challenges of fighting traffic to get to work, office REITs may have a difficult time maintaining occupancy rates and pre-COVID distributions.

However, real estate experts remain split on whether the post-pandemic norm will embrace work from home or back to work. Most likely we will see a compromise: say two days at home, three days at the office! Ultimately it will come down to weighing the work from home cost savings to the negative impact from lost socialization and collaboration within the office culture.

Brick and mortar retail will also face hurdles as online shopping will continue to take an ever-larger bite out of their operations. Seniors who typically would visit stores have become a meaningful cohort in online shopping and I doubt that will change post-pandemic.

Financial services (i.e., money-center banks) should see a surge in valuations through 2021. As the pandemic recedes and governments loosen dividend and stock buyback restrictions, banks should have an inordinate amount of capital that can be returned to shareholders. Most likely, banks will find they have far more capital than needed to deal with potential loan losses, which is why I suspect there has been such a strong resurgence in bank valuations over the past three weeks.

And then there is T.I.N.A. (There is No Alternative). With ultra-low interest rates, which should remain in place for the foreseeable future, bonds will languish to the benefit of equities. In fact, one could argue that the main risk through 2021 will be inflation, which would suppress bond prices and so make fixed income investments the highest-risk asset class in the current environment.

Overall, the broader U.S. market indices should flourish. The NASDAQ 100 index will benefit from its’ weighty exposure to tech giants. I think the NASDAQ could add 20% in 2021 with slightly less double digit returns for the broader S&P 500 Index and the Dow Jones Industrial Average.

If you think our position is too speculative, consider the roll small retail investors may play in 2021. Round number milestones tend to embolden small investors and the Dow hitting 30,000 on November 24th, 2020, is a viable jumping off point. 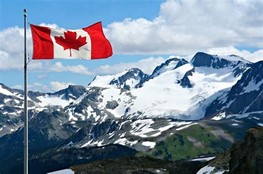 Canada should be able to take advantage of the same opportunities. One could argue that Canadian consumers are better off than their American counterparts. Government benefits that were extended during the pandemic lockdowns were more generous than what was provided to U.S. consumers, and the savings rate here has actually gone up. As made possible (initially, at least) by a good working relationship between federal and provincial leaders buoyed by the view that “too much” is better than “not enough,” Canada should benefit from these efforts during the recovery phase.

Compelling balance sheets should allow more capital to be returned to shareholders through dividend increases and stock buybacks. I can see a 20% bump in Canadian bank valuations through 2021.

We should also see a revival of cross border trade now that we do not have to face the whims of a tweeting President. The new trade pack with Britain and the return to normalcy across Asia will likely bear fruit within the Trans-Pacific Partnership.

That said, the Canadian economy will also face many of the same challenges as the U.S., in terms of business and leisure travel, excess office space, and brick-and-mortar retail. As for the big five Canadian banks, I think they are better positioned than the U.S. money-center giants.

Politically, we believe there is a high probability that a federal election will occur in 2021. The Liberals are a minority government and could be forced into an election should there be challenges with vaccine availability. If Canadians see inoculations occurring in England and the U.S. while we wait in the international queue for supplies, the bloom of Prime Minister Trudeau’s rose will quickly fade. That would be fodder for the opposition parties.

The more likely scenario would see a successful launch of the vaccine, the attainment of herd immunity and the beginning of a ‘return to normal.’ Then, as the Liberals outlined in their economic update, they would unleash a massive stimulus program to jump-start the economy. I suspect the Liberals would be willing to call an election at that point and take their chances at the polls.

The other wildcard is our relationship with China. Fortunately for the world, the Chinese Communist party remains a relic in terms of their feeble attempts to mesh capitalism within a worker State. Were it not for the Communist Party intrusions into private enterprise, China would already be the world’s biggest economy!

It is our hope that Canada will be able to engage in serious trade with China as the case against Huawei Executive Meng Wanzhou works its way through the system. Ideally, we will see the return of the two Michaels to Canada and Wanzhou to China. Again, this may simply be my predilection for optimism.

The main challenge facing a post-pandemic era is the surge in government deficits. On the positive side governments can manage higher deficits as ultra-low interest rates suppress carrying costs. At this stage, the government is constantly rolling debt with 4.0% to 6.0% coupons into new debt yielding 1.0% to 1.5%. In theory, the government could borrow three to four times as much with the same carrying costs. In short, the debt load will not be a major issue until rates begin to rise.

That said, ultra-low interest rates cannot immunize governments from taking action to reduce the overall debt levels before it becomes an inflationary threat. It is one thing to stimulate the economy through infrastructure spending, it is quite another to lose sight of longer-term fiscal prudence.

The other black swan risk rests with efficacy of the vaccine. Certainly, the results from the stage 3 trials of the leading candidates have been encouraging, but we will not know the long-term impact until we see the results from mass inoculations. We do not see this as a major risk, but it does exist on the margins.

Despite the risks, we think 2021 will set the stage for a roaring ‘20s redo. The rapid post-COVID recovery should cut a broad swath across the economic landscape, boosting wealth for those in the accumulation phase and preserving income for those making regular withdrawals from their portfolio. Markets will not go straight up… they never do! Volatility will experience periodic spikes… it always does!  But, within those fits and starts will be an upward bias that, dare I say, will be alchemy for the optimists.

Finally, I want to wish all the best for the holidays. Perhaps not what we all had hoped for… but take comfort in knowing it will get better!