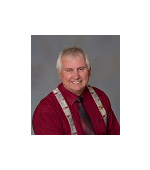 RICHARD N. CROFT has been in the securities business since 1975. Since February 1993, Mr. Croft has been licensed as an investment counselor/portfolio manager.

Richard has written extensively on utilizing individual stocks, mutual funds and exchangetraded funds within a portfolio model. His work includes nine books and thousands of articles and commentaries for Canada’s largest media channels.

In 1998, Richard co‐developed three FPX Indexes geared to average Canadian investors for the National Post. In 2004, he extended that concept to include three RealWorld portfolio indexes, which demonstrate the performance of the FPX portfolio indexes adjusted for real-world costs. He also developed two option writing indexes for the Montreal Exchange, and developed the FundLine methodology, which is a graphic interpretation of portfolio diversification.

Richarch also developed a Manager Value Added Index for rating the performance of fund managers on a risk adjusted basis relative to a benchmark. And In 1999, he co-developed a portfolio management system for Charles Schwab Canada.

As global portfolio manager who focuses on risk-adjusted performance. Richard believes that performance is not just about return, it is about how that return was achieved.